A virtual visit to the Age of Dinosaurs

In celebration of L.A.'s vibrant and diverse community of Angelenos, NHM presents Eastern and Western Armenian language Dinosaur Hall virtual tour. Though our physical doors are closed, we invite you to step inside NHM’s award-winning Dinosaur Hall and discover the Age of Dinosaurs. Learn how museum scientists study our ancient past through a variety of fossils and even get an up-close look at a one-of-a-kind T. rex growth series.

View the Eastern Armenian and Western Armenian virtual tours linked below, and discover dinosaur and fossil activities that complement the tours - suitable for families, school-age children, and learners of all ages! 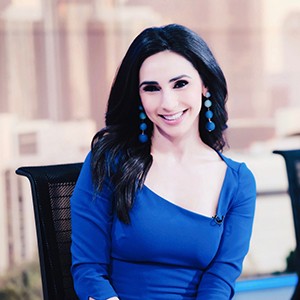 Emmy award-winning anchor Araksya Karapetyan anchors the morning newscasts on FOX 11’s Good Day LA in Los Angeles. A native of Armenia, Araksya moved to the United States from Gyumri when she was seven years old. Araksya grew up in Palos Verdes Estates, California, but her connection to her homeland has remained strong.  In October, Araksya accepted the “Excellence in Media” Award from the Armenian National Committee of America Western Region (ANCA -WR) in her tireless effort to bring attention to the Armenian Cause, for being the voice of the community and for serving as a role model for the younger generation. The Los Angeles County Board of Supervisors has recognized Araksya for her dedicated work within the Armenian American community.

Activities for School Children and Families

Make Your Own Trace Fossil (with parent help)

Make Your Own Dinosaur Shadow Puppet and Screen  (with parent help)

The Natural History Museums of Los Angeles County would like to give a very special thank you to the following people and organizations for their contribution to this project: